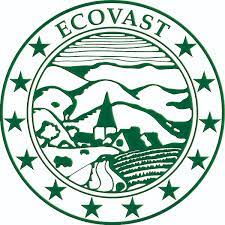 Interview with Nikša Božić, President of the Croatian section of ECOVAST

ECOVAST, the European Council for the Village and Small Town, was set up in 1984 to further the well-being of rural communities, and the safeguarding of the rural heritage, throughout Europe. Its formal aims are: to foster the economic, social and cultural vitality and the administrative identity of rural communities throughout Europe; and to safeguard, and to promote the sensitive and imaginative renewal of, the built and natural environments of such communities

Arete: When did Croatia join ECOVAST, and what are the goals of the Croatian section of ECOVAST?

Nikša Božić: ECOVAST – The European Council for the Village and Small Towns was established in 1984 to promote the well-being of rural communities and preserve Europe’s rural heritage. ECOVAST operates like a network made up of members who belong either to the headquarters or to the national sections (in the countries where such sections operate). Members from Croatia have been active in ECOVAST since the mid-1980s. During the Homeland War, ECOVAST provided support and sent appeals for the cessation of war and the protection of cultural heritage, and then its activities became more strongly represented in Croatia. The Croatian section of ECOVAST was founded in 1993 and since then it has been operating as a local association of citizens, but also as one of about twenty national sections of ECOVAST. The main activity is aimed at preserving and improving cultural, historical, environmental, social and economic values, as well as the comprehensive and sustainable development of villages and small towns in Croatia. It works through the networking of human resources, ideas, activities, knowledge, and practice. The association operates throughout Croatia and connects members, experts and all interested parties, as well as representatives of institutions, state administrations and regional and local governments, for the purpose of comprehensive and sustainable development and heritage protection in rural areas.

The one-dimensional model of renovation, which comes down to the construction of new residential houses, neglects other forms of renovation and sustainable development. Reconstruction of the affected areas of Sisak-Moslavina County should therefore be carried out in accordance with the multidisciplinary rules of the profession. Which experts would be involved in rebuilding damaged areas?

In the immediate aftermath of the earthquake at the end of December 2020, at the initiative of the Croatian section of ECOVAST, a large number of associations, scientific, museum and other institutions appealed to the Government of the Republic of Croatia, relevant ministries and regional and local self-government in earthquake-affected areas for a comprehensive, inclusive and scientifically based approach to the reconstruction of earthquake-affected areas of Sisak-Moslavina County. The area affected by the earthquake is mainly a rural and underdeveloped area that even before the earthquake cried out for systematic transformation and for demographic and economic revitalization. The models of reconstruction we had after the War have clearly proved ineffective here. The extent and severity of the material damage that is the result of the earthquake, but also the long-term neglect of this area, require broad social action. Numerous socio-economic, demographic, environmental, psycho-social and other problems in this area indicate the need to develop a holistic approach to disaster recovery of communities and settlements based on multi- and interdisciplinary teamwork. Such work should result in recommendations for solving numerous and layered problems such as solving the housing issue, rebuilding the economic base, meeting the needs of specific socially vulnerable groups, protection and preservation of cultural heritage, processing / overcoming trauma, etc. When it comes to the experts who should be involved in the restoration and revitalization of this space, we can mention architects and builders, spatial planners, conservators, historians, ethnologists, anthropologists, sociologists and others who can contribute to the restoration. We must not forget to think about the future development of this area, so there is certainly work for experts in the development of agriculture, economy, tourism…. A large number of issues also arise from unresolved property-ownership relations, so this problem should also be taken seriously from the aspect of legal sciences. In short, a comprehensive renovation would indeed require a wide range of knowledge that can be offered by professionals of different professions.

The preservation of built heritage and sustainable development are almost tautological terms. However, the renovation period could be lengthy, and some of the occupants of these facilities would be left without permanent accommodation by then. How do you view this problem?

Recovery after such disasters is always complex and is carried out in several stages. What we now see in the field is that the second phase is taking place – the first phase of clearing the ruins and removing the immediate dangers was followed by a phase of minor repairs and providing temporary accommodation for the victims whose housings were destroyed.  The most important phase of reconstruction should follow now. With all the pressure to implement it as quickly as possible, it is important to think about its qualitative dimension. So what and how are we rebuilding and what long-term benefits can that rebuilding bring. We are aware of the speed at which it is necessary to respond to the needs of the population in the affected areas, so to provide them as soon as possible with the necessary the conditions for life and work, but also of the importance of proper and professional decisions. In light of the underdevelopment of this area (which is now recognized as a problem at the national level due to the earthquake) we see this situation as an opportunity to try to improve the quality of life in small towns and rural settlements and as a beginning of strategic and sustainable approaches to revitalization.

How would investing in the restoration of damaged material heritage contribute to the social diversity of the city center?

Small towns in earthquake-affected areas are important as centers of economic, service and cultural activities, thus ensuring the survival of rural settlements, ie. rural areas and the entire region. Historic settlements must retain their historical and local identity and create the potential to produce new values. While the basic strategic development goals should respect the specifics of the place, it is important to emphasize that the purpose of revitalization is not always a complete reconstruction of historical forms or elements, but finding solutions to read historical content, signs and symbols in the structure and cultural landscape. The history of the place, in addition to the symbolic, emotional charge, also carries the potential that can and should be the inspiration for creating new values. When we touch upon the renewal of urban centers, it is necessary to develop sustainable and culturally sensitive approaches and models of recovery, ie. those that will respect the local specificities and way of life of the inhabitants (including vulnerable and marginalized groups) and respond to their needs. It is clear that the subject area needs not only reconstruction but also transformation to ensure that demographic, economic, economic, social, environmental and other problems and challenges are addressed. It is especially important to plan the reconstruction, while the spatial and development-strategic planning steps should be made based on such planning solutions that ensure the sustainability (economic, demographic, environmental and sustainability of public infrastructure) and direct public funds to such defined areas, in order to achieve an overall recovery of this region.

During the reconstruction, what measures affect the inclusion of persons with disabilities and the elderly population in the settlement of the renovated city center?

People with disabilities and the elderly population are just some of the many vulnerable and marginalized groups in this area. A planned renovation should also take into account their needs. We believe that the later use of these structures should be taken into account while designing the construction of buildings and settlements for the temporary care of the victims. The most logical approach towards that goal is to integrate into the design the possibility of later conversion of these apartments for the housing of target groups (especially adapted settlements for the elderly population, people with disabilities, but also sustainable housing for young families, etc.). That requires more immediate efforts in designing such solutions but can bring long-term benefits to the local community.

In addition to transparency, what measures do you think should be taken to avoid the scenario of post-war reconstruction of Sisak-Moslavina County?

The greatest danger that arises at the moment is the lack of coordination of all efforts from different stakeholders as well as the emphasis on speed and efficiency, without considering all aspects of the need for comprehensive reconstruction. The experience of reconstruction after the War teaches us that rapid and efficient reconstruction of housing units is not enough to rebuild communities and rebuild the economy. The complexity of the problem of reconstruction of the Sisak-Moslavina County requires a systematic and interdisciplinary approach in order for the space to be transformed into a space of sustainable small towns, settlements and villages where the potential for creating new values will be brought through reading the scoping of historically important contents and local identity.

What measures should be included in the policy program at the municipal level in order to achieve the objectives of the ECOVAST development project?

We have emphasized a number of measures that can lead to a comprehensive reconstruction through our Appeal and other public appearances. We cannot engage in concrete proposals for the creation of individual political programs, but we do not mind if politicians use our guidelines when creating their programs. Our basic recommendation for policy programs would be to move away from short-term, four-year programs that offer quick solutions and can be achieved in a single term. The stratification of the problems in this area requires long-term development planning and sometimes measures that do not have public support in the immediate time, which is something that politicians are not inclined to.

What can the residents of the municipalities in question and the City Hall do to support the ECOVAST development project?

One of our objectives is raising awareness of the general population on topics of local community development. In the context of the protection of cultural heritage, special attention should be paid to continuous education and raising awareness of the values and historical heritage, but also to the potential that such heritage holds for development in its wider spatial context. This type of awareness, with the active involvement of the public in all processes, can become an effective mechanism for protecting the existing positive features of the local environment.